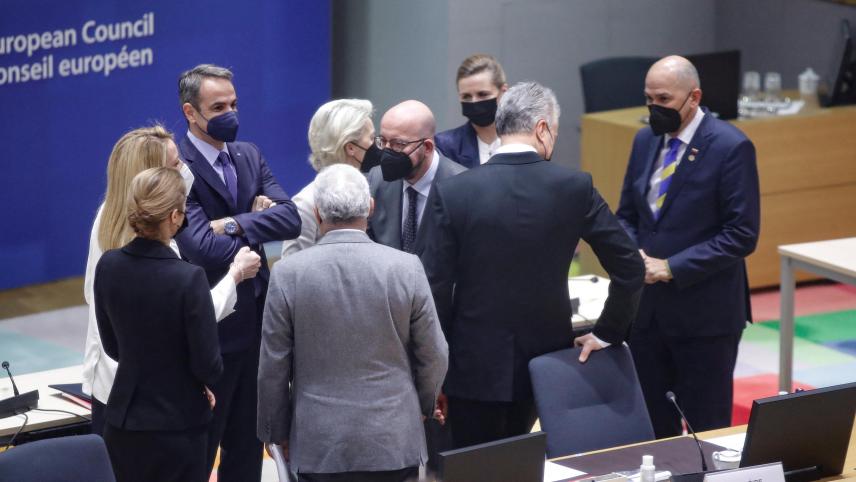 Louis Gautier, Director of the Chair of Major Strategic Issues at Paris 1, warns of technical and political flaws in the European defence system.

Louis Gautier is Director of the “Chair for Strategic Issues” at the University of Paris 1 Pantheon-Sorbonne, and former Secretary General of Defence and National Security for the French Government.

He is the author of a report on European defence to French President Emmanuel Macron « Defending our Europe » (“Défendre notre Europe”) in 2019. His last book published is « Worlds at war, wars without frontiers, from 1945 » (“Mondes en guerre – Guerre sans frontières (1945 à nos jours”). Published by Passés Composés, Paris, 2021.

What do you think of the conclusions from the Versailles summit?

They are obviously positive, even if they are more mixed than I was expecting. The Commission will need to translate the conclusions into effective measures in the coming weeks. We can judge then.

Fundamentally, what do Europeans need FOR AN EFFECTIVE defence?

Firstly, the will to achieve it. In concrete terms, what is lacking in European defence is the coherence of our military equipment. The paradox is that in terms of volume, the combat and equipment fleets available are very large. However, there is no overall rationalisation to cover all the operational requirements, tactically and strategically. There can be both too much, but also not enough. Arms deliveries to Ukraine are a good example of the disparate nature, and sometimes inadequacy, of ammunition stocks.

Germany, for example, supplies Strela surface-to-air missiles, which are over thirty years old, and fears it will not have enough left. It’s all very well to have planes fly, but they have to be properly armed! Europe’s problem is that each country manages a small army in its own area, which creates unnecessary redundancies and structural costs. It would be desirable to converge the different national military programmes.

Is the equipment we have adapted to the Ukrainian war? We see columns of tanks being destroyed like hotcakes by the Javelins…

The Russian war against Ukraine is both illegitimate and dated. We need to analyse it in order to adapt our concepts to conventional conflicts more complex than those of the last thirty years. However, it cannot be used as reference for the composition of our future armies. After Ukraine, the overhaul of our military programming is essential. A modernisation of the equipment is needed, conflicts such as Mali or Afghanistan are only partly behind us. It will also be necessary to integrate programmes in favour of cyber and space. Finally, financing must be allocated for the major new generation programs: SCAF, SNLE 3G.

Is the Russian army more modern than ours?

On the ground, it doesn’t show. The modernisation of the Russian army is only halfway through, it’s a « leopard skin » army. The Russians have made a substantial effort to modernize certain nuclear and conventional delivery systems, their new missiles are among the most powerful in the world.

In the war against Ukraine, in order not to expose it, including to the curiosity of Western intelligence, and to keep some under wraps, they do not engage their best equipment. They are economizing the use of their expensive precision weapons. There are recent and old tanks, basic artillery, a faulty logistics chain… We also notice a low engagement of their air force, which may be insufficiently self-protected for ground support actions.

No, France has armed forces that, as a whole, are of the highest standards. The problem is more of capacity. In some areas, we need the support of our partners, and in others, we have only a sample army, this is particularly the case for armed drones. For very expensive new generation equipment, there is also a problem of scaling up. Hence the importance of European cooperation.

Would Europe be able to launch military operations without the United States?

It has already done so, for example with the operations Artemis in 2003 and Atalante in 2008, which were successful although low-risk interventions. If Europe wants to be able to contribute to the stability of its environment and to crisis prevention – in particular in the Mediterranean, the Balkans and the Levant – to protect its citizens, its security interests and its supplies, it must be able to mobilise forces rapidly. It also needs to have at its disposal planning, command and operational control capabilities.

This observation has been made since Kosovo in 1999, nothing has changed. The wars in Syria, Libya, Yemen, Azerbaijan and now in Ukraine show an increasingly uninhibited and dangerous use of force by many powers, and in nearby theatres. Can Europe continue to act as if nothing had happened?

But Europe has never been a military project. Shouldn’t it adopt a military doctrine first?

Questions of doctrine never prevent action. Proof of this can be seen from the creation of the European Defence Fund and the delivery of arms to Ukraine – both unorthodox decisions. Where there is will, there is a way. Furthermore, let us stop opposing NATO and the EU, both of which would be strengthened by a European defence that is finally operational and credible. The rise and tension in the balance of power in our region of the world requires a fundamental re-examination.

Europe must be able to deal with more serious military threats, actions directed against its security such as cyberattacks, or against its critical infrastructures. This is to avoid ‘kneeling down’ before you have fired a single shot. Collectively, we must also be ready to mobilize resources to respond to a catastrophe with regional impact. We are far from that.

Could European forces, if they had existed, been sent to Ukraine ?

Your question needs to be rephrased. Since Russia considers the theatre of operations in Ukraine to be within its security perimeter and that, by putting its nuclear forces on alert, it intends to secure it, neither the Americans nor the Europeans can send forces to Ukraine. That would be tantamount to declaring war on Russia. But before this crisis, the Europeans could have been more involved in military cooperation with the Ukrainians.

We should also have reacted more strongly after the occupation of Ossetia and the annexation of Crimea. Putin became emboldened, because he saw us as weak. Since 2008, he has pushed his advantage everywhere, testing our reactions. We have protested without showing our teeth. The creation of a European rapid action force that could lock down a situation, place under control an area, an airspace or a sea area, would be a signal understood by all.

HAS Putin CREATED GREAT CONCERN by indicating the possible use of nuclear weapons ?

Putin made a gesticulatory use of deterrence. He did so in an unnecessarily aggressive and provocative manner because, unlike Cuba in 1962, no duel between nuclear powers was evident. Russia is a permanent member of the United Nations Security Council, it cannot behave like Kim Jong-un’s Korea.

The most optimistic believe that Putin will LOSE THIS war because it strengthens the Ukrainian identity, as well as NATO and European defence. Do you share this view ?

We can’t sell the skin of the bear before having killed it! If, despite the admirable resistance of its people, Ukraine is dismantled at the end of this war, how can one claim that its national identity will have been strengthened? NATO, which remains ‘arms down’, shows that it is an essential guarantee for the security of member States, but will it really emerge stronger after this crisis? As for European defence, this is just the beginning, this first major interstate conflict in the ‘Old Continent’ since 1945 has created a wake-up call for Europeans. However, the effect will only be measured over time.

What is the most likely scenario now in Ukraine?

The Russians are still making progress. To break the Ukrainians’ determination, they strike harder, take territorial pledges and then negotiate. Vladimir Putin has not yet played all his cards or displayed his precise objectives for ending the crisis. Which territories does he want to annex or subdue? How far can he go, knowing that he was wrong about the Ukrainian’s state of mind? And will he not make the mistake of going too far? The challenge now is to encourage a de-escalation through negotiation and mediation, to avoid other martyred cities from being engulfed with bombs.

Doesn’t this crisis show our inability to defend our democracies?

« The strength of the city lies in the character of its citizens », according to Thucydides, who also built ships. The same is true of democracies, it all starts with character, then come the ships. Putin has been allowed to exercise permanent blackmail since 2014. He has played all the games: destabilization of our democracies, cyber-attacks, gas supplies, hostile action against our satellites and submarine cables, intimidation of warships during operations, sending in the Wagner force to CAR and Mali.

Our democracies are peaceful, they may have been too careless and pusillanimous, but let us not reverse the order of things between aggressor and aggressed. Putin’s Russia is accountable for this war and has a lot to answer for. As for the European democracies, they have an appointment with their destiny, to decide their future and that of their continent.

Already in 2006, I said that a rich, old and pacifist Europe was not on the right side in the 21st century. The answers that the Europeans will give will be interpreted by everyone. If Europe does not wake up, it will soon be prey to many predators. 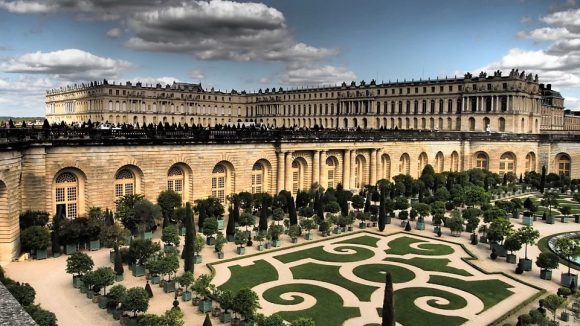 Whatever the outcome, the war in Ukraine has already revealed the threat to European security, and the necessity to better arm Europe.